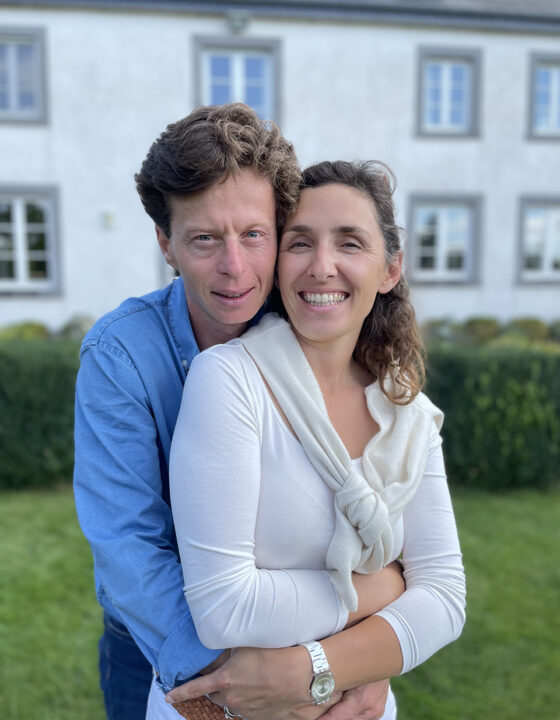 In the middle of the french country side, this french – belgium couple, is welcoming you “at home” for a relaxing journey.

Camille grew up there in this family proprety listed in The Historic Monuments register until the age of ten years old. She studied German business law in Paris and graduated from a Hospitality & Hotel Management Master. Then she landed in Brussels where she met Hugues, after his hospitality studieuse.

At their 30th Birthday, everything was « written » so that they would both followed a carrer of executive manager in the hospitality industry. Camille’s father suggested that they take over the family estate and the farm. Camille gave herself time for reflection and spent a couple of months in the Philippines working for an NGO. Back, the left their Brussels jobs, ready to embark on this new life full of ambitious though and arrive in 2011 in Surville.

Their 4 star hotel model « feel at home » with a daily menu in the restaurant was so innovative that they had to fight two years with the banks to convince them. They succeeded and embarked on two years of giant work. To minimize their costs they wear several hats of workers, site supervisors and interior decorators…

The hotel finaly opens in May 2015 with eleven rooms, a restaurant and a Spa from the Cinq Mondes brand. Today parents of four little girls and proud of their realization, they enjoy this entrepreneur lifestyle and continue to have a head full of projects ! 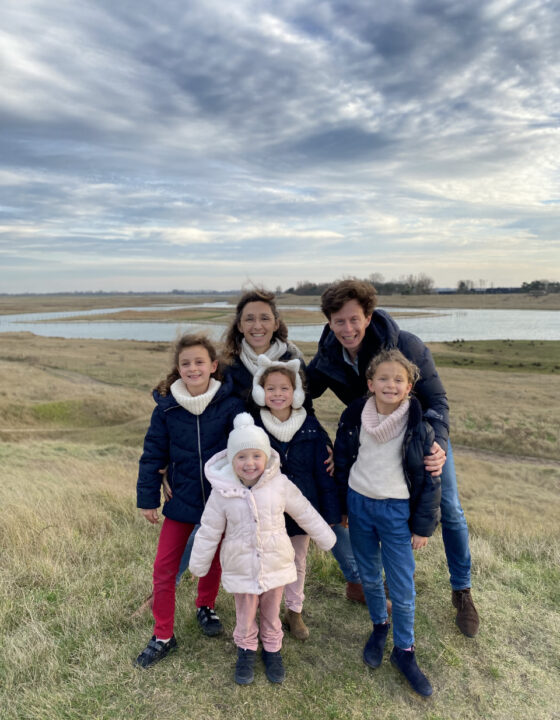